I felt the most unsure that I have this entire semester going into today's class. I had a really hard time predicting where my students would take the lesson. I presented them with all the quadratics they factored using algebra tiles on Friday. I asked them what they noticed and whether they could organize the quadratics in some way. Had I given them more time and given them the quadratics on slips of paper they could move around, they may have done more toward organizing them, but I decided against that as I didn't think it was worth the time. I don't think I would do this differently next time, but I will have to think on it some more.

They suggested separating them based on the signs within the factors and they said that some had a coefficient in front of the x^2, and others didn't (we clarified that they all had a coefficient). We went with the second suggestion. Here is the organization that we came up with, as a class, with definite prompting from me: 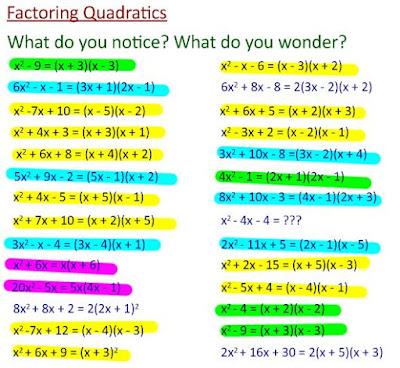 This is what they looked like moved into groups: 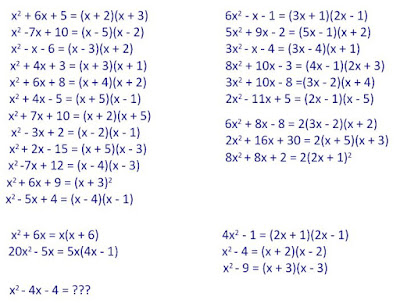 We then focused on monic trinomials. What was special about these?

It did not take long for them to say that the two numbers in the factors multiplied to something in the trinomial and added to something else in the trinomial. This would have gone more smoothly had I factored the first one correctly (ugh!). We fixed it and moved on, tying this back to how they have been factoring in homework for weeks and to the box method. 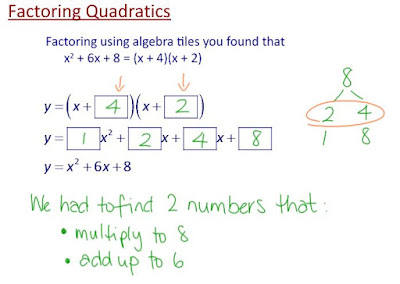 Then we looked at complex trinomials using the box method and decomposition. 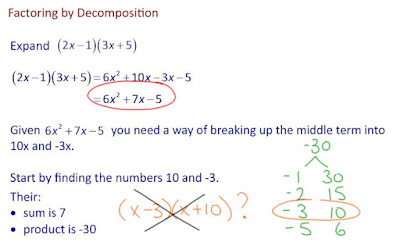 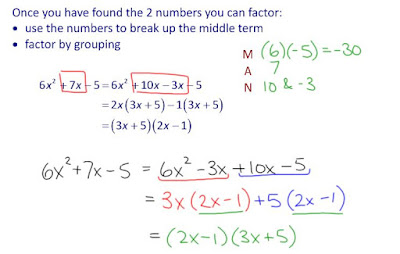 We had time for a few examples and got help from Desmos for the one that did not factor. 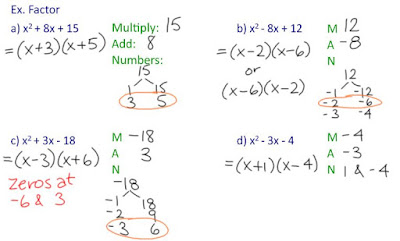 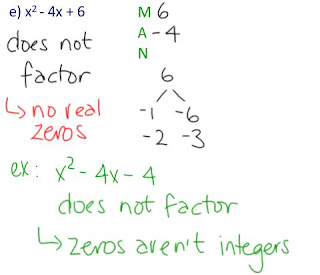 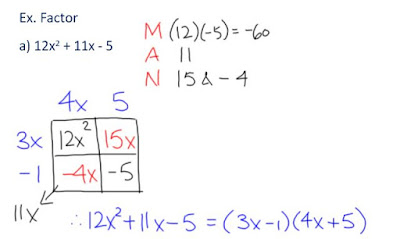 We will need to continue to explore factoring different types of quadratics tomorrow and consolidate what we did today. I don't think I did a particularly good job today, so I will have to figure out what to do differently next time.