Today's class started with this:

I asked them to draw a point and a line and to figure out what the shortest distance would be and what was special about it. I soon began hearing "... perpendicular..." which was my cue to move on.

We consolidated before tackling our first example. 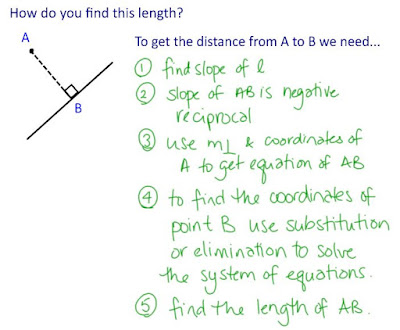 Okay, we actually didn't do that! I wanted them to struggle through the first example so I didn't give them steps, but included these in the notes I posted. Here is the question they worked on - I didn't show the picture or give any hints initially:

They worked in their groups to come up with a strategy and I suggested that they check in with each other after each step to ensure that any errors were caught quickly. 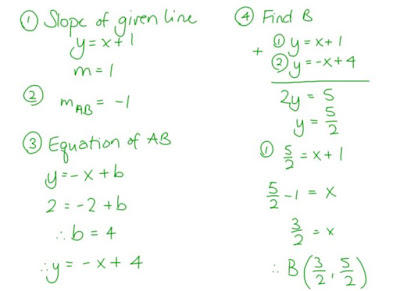 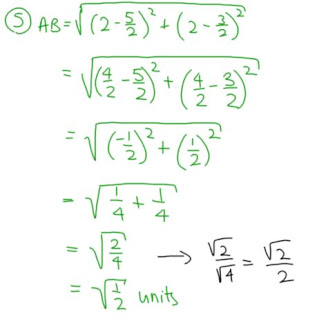 We went over the solution together, spending a little time talking about what to do with those square roots (they don't really come up in our curriculum until grade 11).

They worked on one more example (I notice now that my examples are numbered incorrectly - oops!):

When we took up the solution, we talked about working with fractions - again. I said that I'd rather they use decimals than give up on the rest of the solution (some are that fraction-phobic), but that being able to work with fractions is important.