Day 4:
Yesterday's class was barely 24 hours ago and I am already having trouble remembering what we did (so tired!).

We took up the questions relating to perimeter and area.  They started with simple questions and moved up to solving 2-step questions: 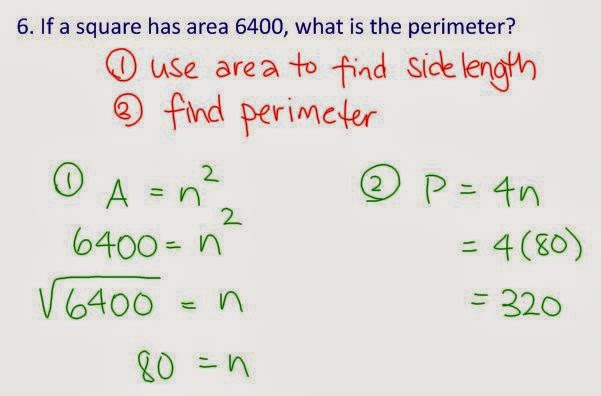 We then looked at how to graph an equation and see the table of values on the graphing calculator (gc). They worked on this sheet, finding equations by doing regressions on the gc. I don't think anyone completed the first or last column, but they all got through some of the middle.  To be continued... 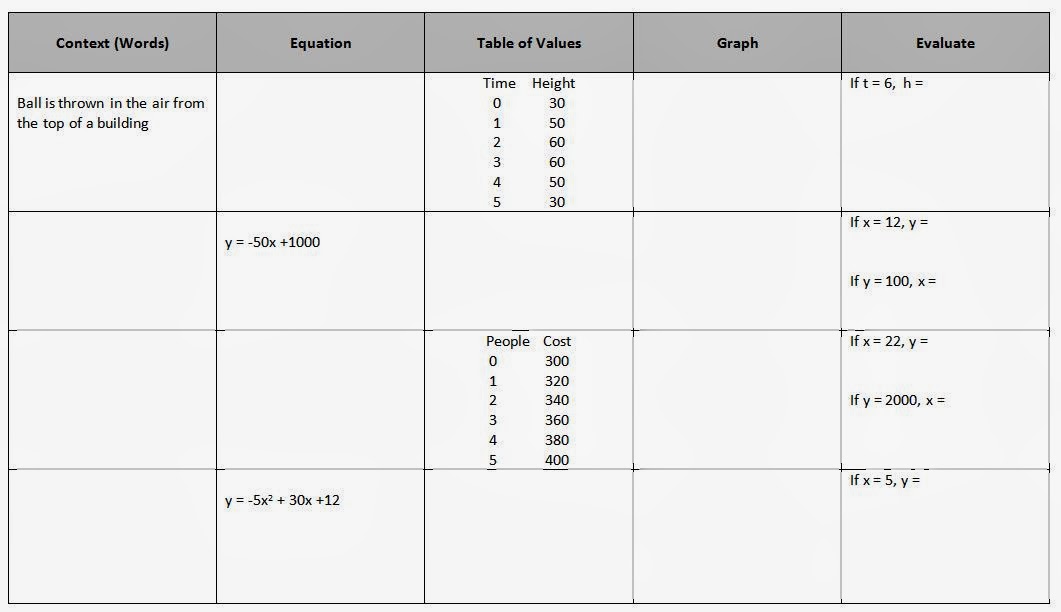 Day 5:
We started the class by having students cut out and glue the following linear and quadratic graphs in their comp books, leaving the page opposite each one blank. 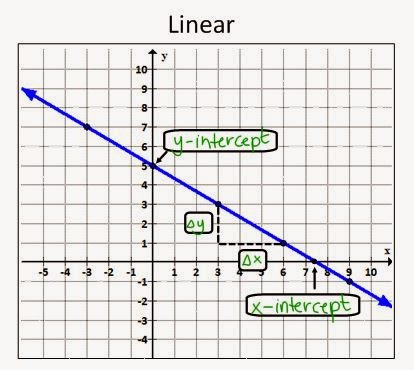 We filled in the blanks and discussed slope. Some remembered that slope was rise/run - I tried to emphasize change in y over change in x, that slope is a rate of change.

Then we looked at some of the data from the sheet they were working on yesterday. 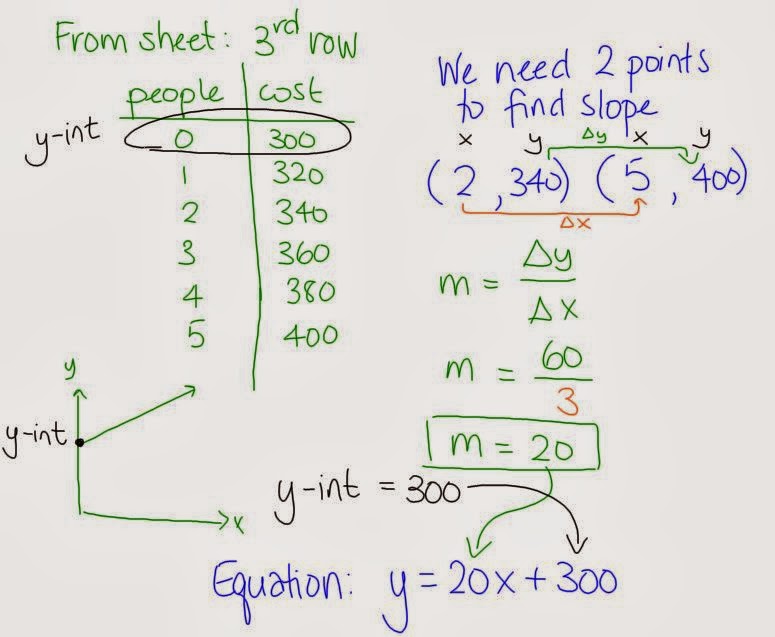 Next we looked at some linear scenarios with the goal of finding an equation to represent each relationship. I know, I know, we didn't state what each variable represents. They were engaged (mostly) and I think I would have lost some of them had I insisted that they write "let" statements at that point. We did the first example together and they worked on the next two in their groups. There were many mistakes with the 3rd one...
y = 1000x + 50
y = 1000x - 50 ...
which we talked about and they understood what the mistakes were. 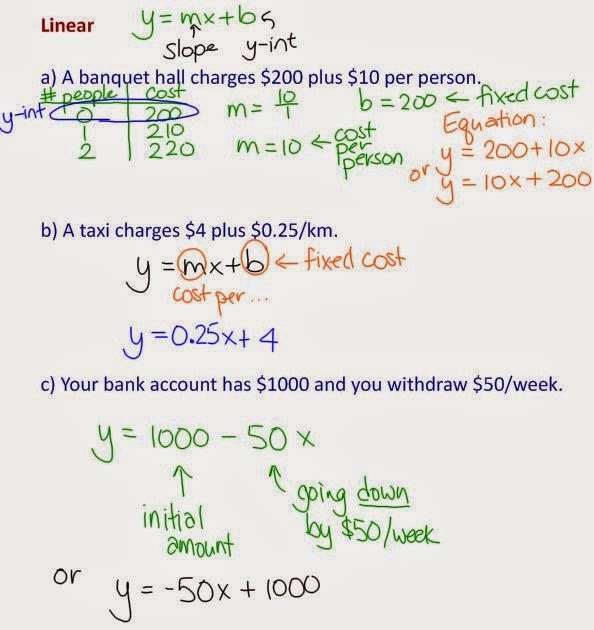 We then filled in the blanks for the quadratic graph, talking a lot about symmetry and about the vertex. 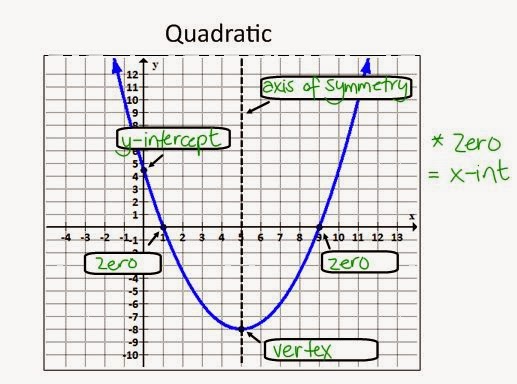 They spent the rest of the class completing the handout from yesterday. It was nice when they realized that they could complete the "context" column. I think we will start next class by looking at the "evaluate" column, as some were struggling with that.
Posted by Mary Bourassa at 2/07/2014 10:10:00 am