Day 6:
We started today with those "evaluate" questions.  If y = -5x² + 25x + 30, what is y when x is 6?  We substituted 6 for x in the equation and found that y = 0. I asked what that meant in the context of a ball being thrown so we then looked at the graph (they were working on their graphing calculators): 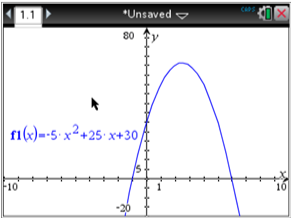 We found a number of important pieces of information. The y-intercept, or height intercept, is 30 which means that the person threw the ball from a height of 30 m. Actually, there were no units in the question and one of my students pointed this out which was really good.  We settled on time in seconds and height in metres. We then talked about that maximum point, the vertex (they had to look that up) and used trace to find its coordinates. We then interpreted those numbers - the ball reached a maximum height of 61.3 m after 2.5 seconds. 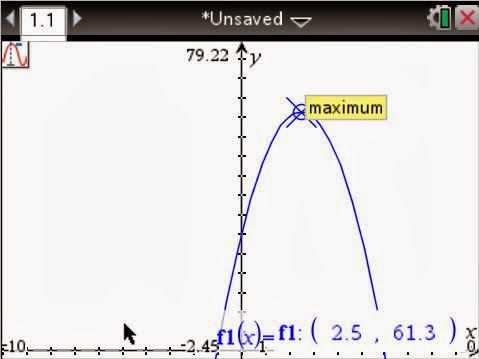 We also found the zero using trace, to confirm what we did algebraically. 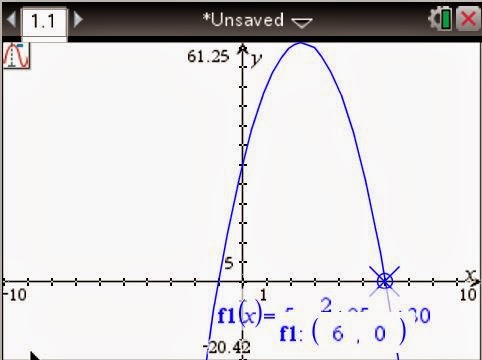 We next worked through solving for y given x and solving for x given y, then I let them complete the other two examples. Reflecting about this I know some were not particularly interested in doing the algebra and I'm not sure it was the right time to be doing this. (Note to self: rethink this for next time.) 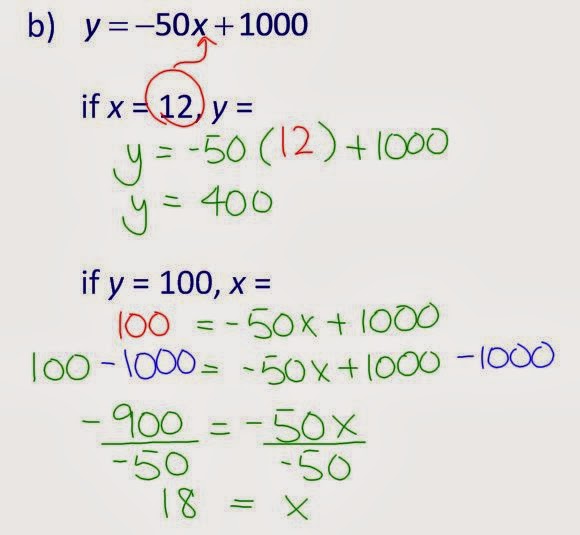 We then moved on to looking at quadratic scenarios.  We started with a fun shot from yesterday's Olympics - Spencer O'Brien's slope style run modelled with desmos:

We also talked about how parabolas are used in bridges and why. I love bridges. I have done workshops on the mathematics of bridges. There are posters of bridges in my classroom. Anyway, I think they got the point that quadratics are used in real life.

We looked at our first quadratic scenario and they had to create a sketch to represent it.

Then we made the connections between the key features of the graph and the context. 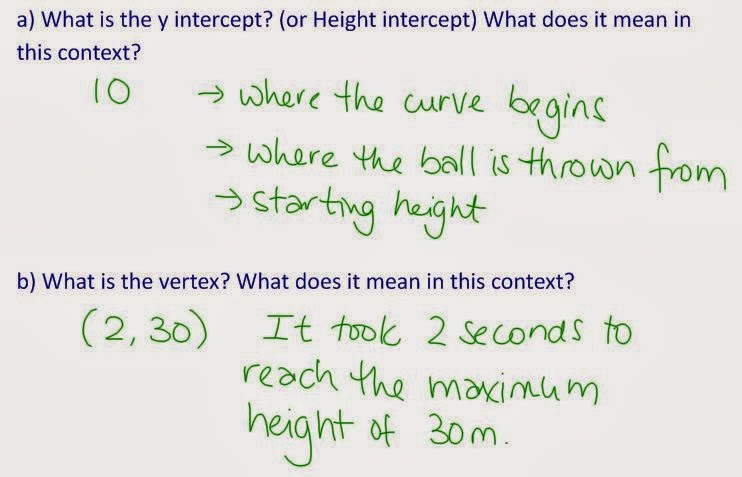 Then we used the graphing calculators to find the height of the ball at various times. And this is where it became all about button pushing and not about any of the math. I didn't give them any good reason to find any of these values. The students who follow instructions well did fine, the ones who have trouble following instructions likely didn't do any of it.  I did not do a good job of this.  Sigh...

and part (d) - well, we didn't even go there.  So I need to rethink how I would change this to make it more meaningful and interesting. I need to change the question so that they can demonstrate how symmetry is useful. I need to think about this some more...

Overall, today was "meh". There were some good parts but I sensed the drudgery in what I was asking them to do.  I think we will hit the 26 triangles again tomorrow, looking for those combinations that make right triangles.  And I'll throw another quadratic scenario their way - one that they can cut out and glue in their comp books. I think some of them need the time and change of pace that affords them.