It was so good to be back in class today. After getting a couple of kids who have been away all week set up with the test they had missed, we started on today's warm-up: Would You Rather... 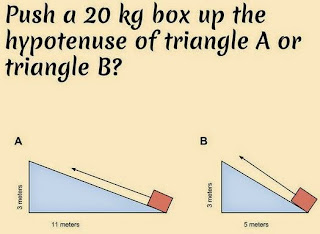 They worked in groups on the big whiteboards and really impressed me. Although some groups based their decision solely on distance along the ramp, many used trig to find the angle of each ramp. Once they had all worked on it, the class was pretty evenly divided between triangle A and triangle B. Here is some of their work: 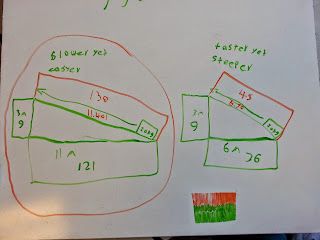 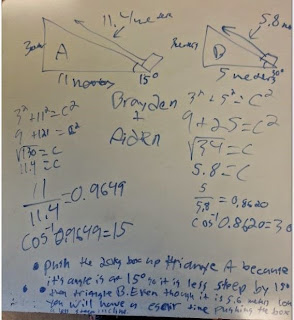 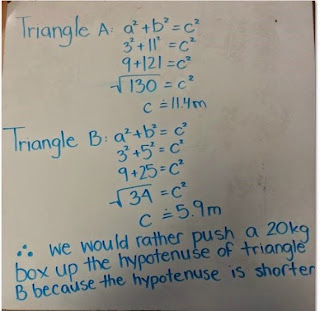 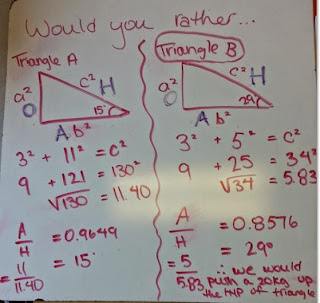 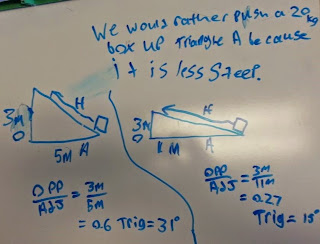 Once a group had chosen A or B I asked them if changing the weight of the box would change their answer. It gave them something to think about and discuss. One student did say he would put wheels on the box which prompted another big discussion about friction and gravity!

Next up, In-N-Out! This is from Robert Kaplinsky's site and is a quick, fun activity. I started by showing them this picture which really grabbed the attention of some (and grossed out others): 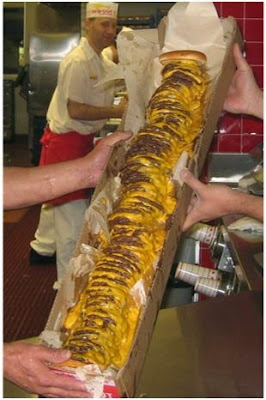 and asked what they noticed and wondered: 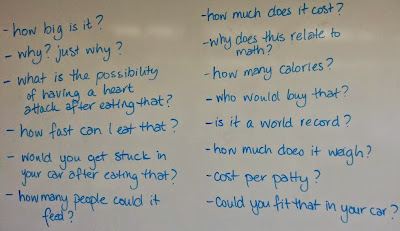 I was very happy to have the questions I wanted to tackle on the list so I asked what they needed to know to be able to figure out the cost. I think the initial answer was Google, but this is where I went: 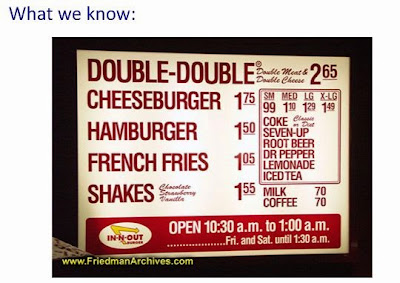 and I showed them this which helped us clarify what a double-double and 20x20 or 100x100 consists of: 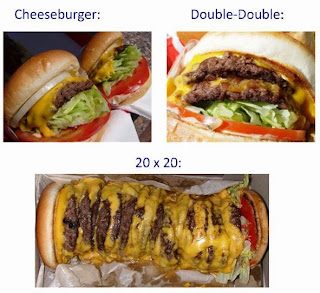 Then I gave them this handout and let them get to work. There were a couple of students that came up with an answer quickly - a wrong answer - because they Googled it and quoted the price with tax. Eventually one of these students explained the mathematical solution to the class as his Googled answer didn't impress me as much as he thought it would! I circulated and asked questions to get groups going if they were stuck or had the wrong model. This was our consolidation: 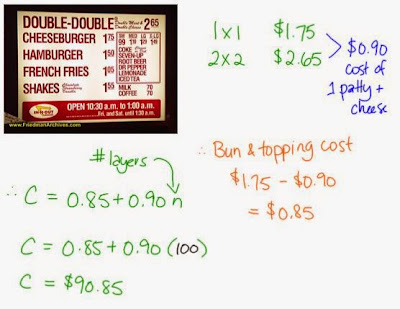 I think they all could explain what the 0.90 and 0.85 represented in terms of the burger parts. We then compared to the receipt which is itemized with a double-double and 98 meat patties with cheese. We found a model for their system and were able to show that it was equivalent to ours. 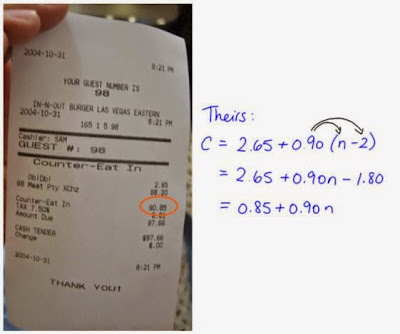 The groups that finished quickly moved on to calculating the number of calories based on this information: 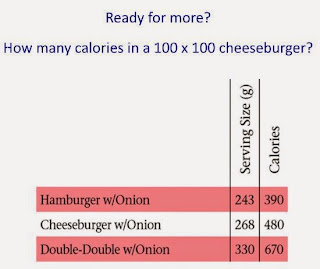 I loved that they didn't even need to check their answers - they were 100% confident that they were right (and they were). They left hungry, but mathematically satisfied.