We did two warm-ups today as we are off tomorrow and I didn't adjust the warm-up book accordingly. Extra fun! We started with this Would You Rather... 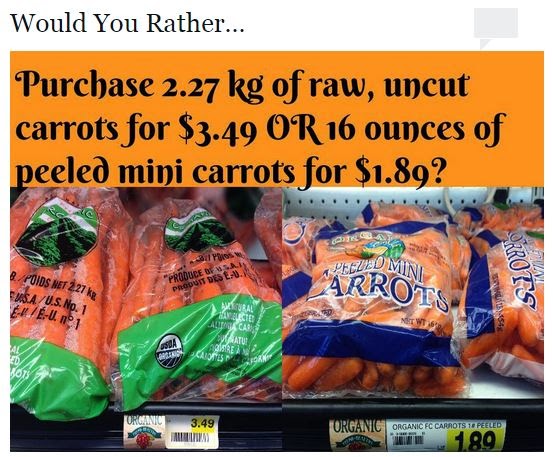 After I heard how many students don't like carrots, they did get to work. Some used their phones to help with the unit conversions. Here are some of the results: 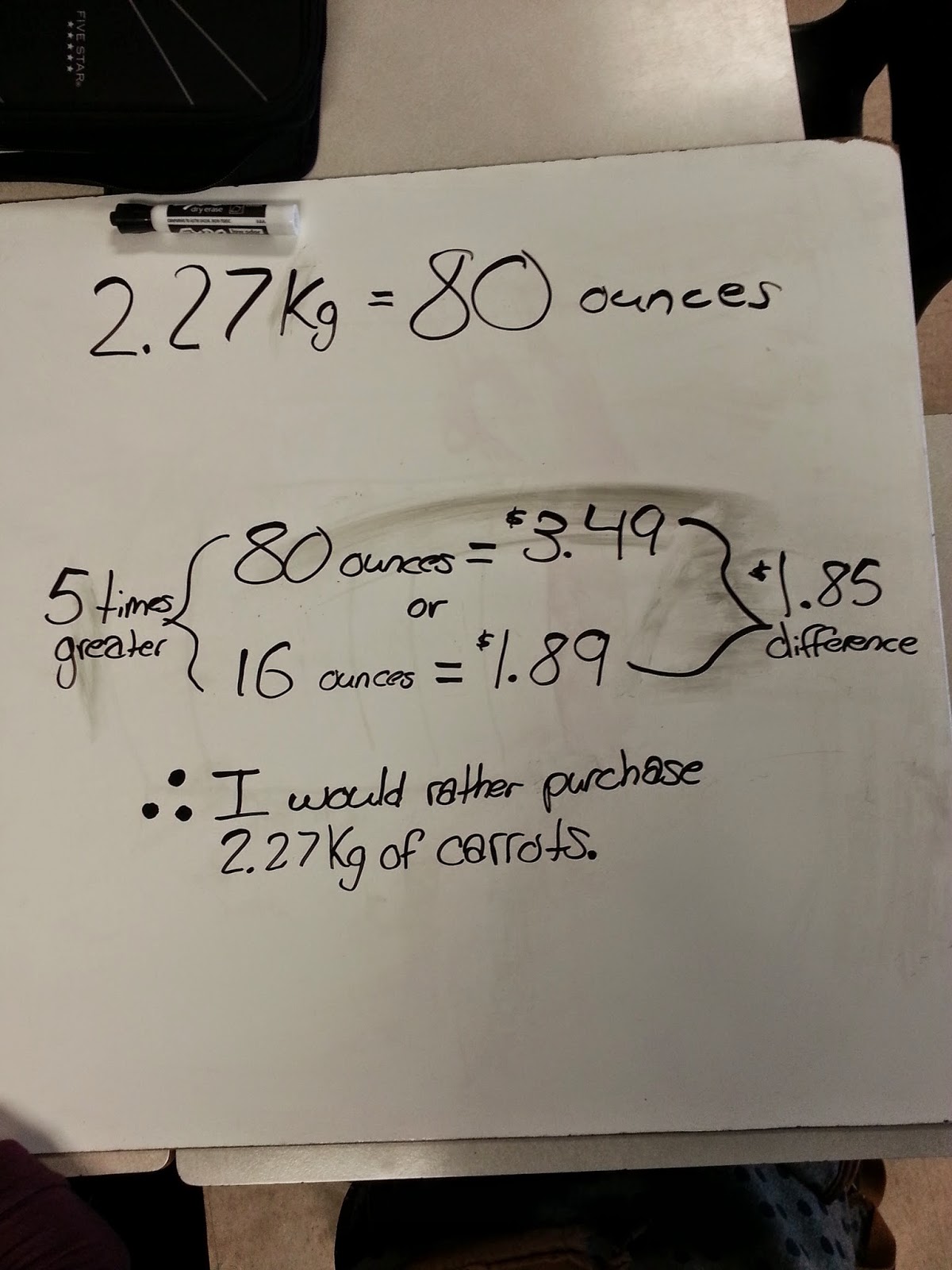 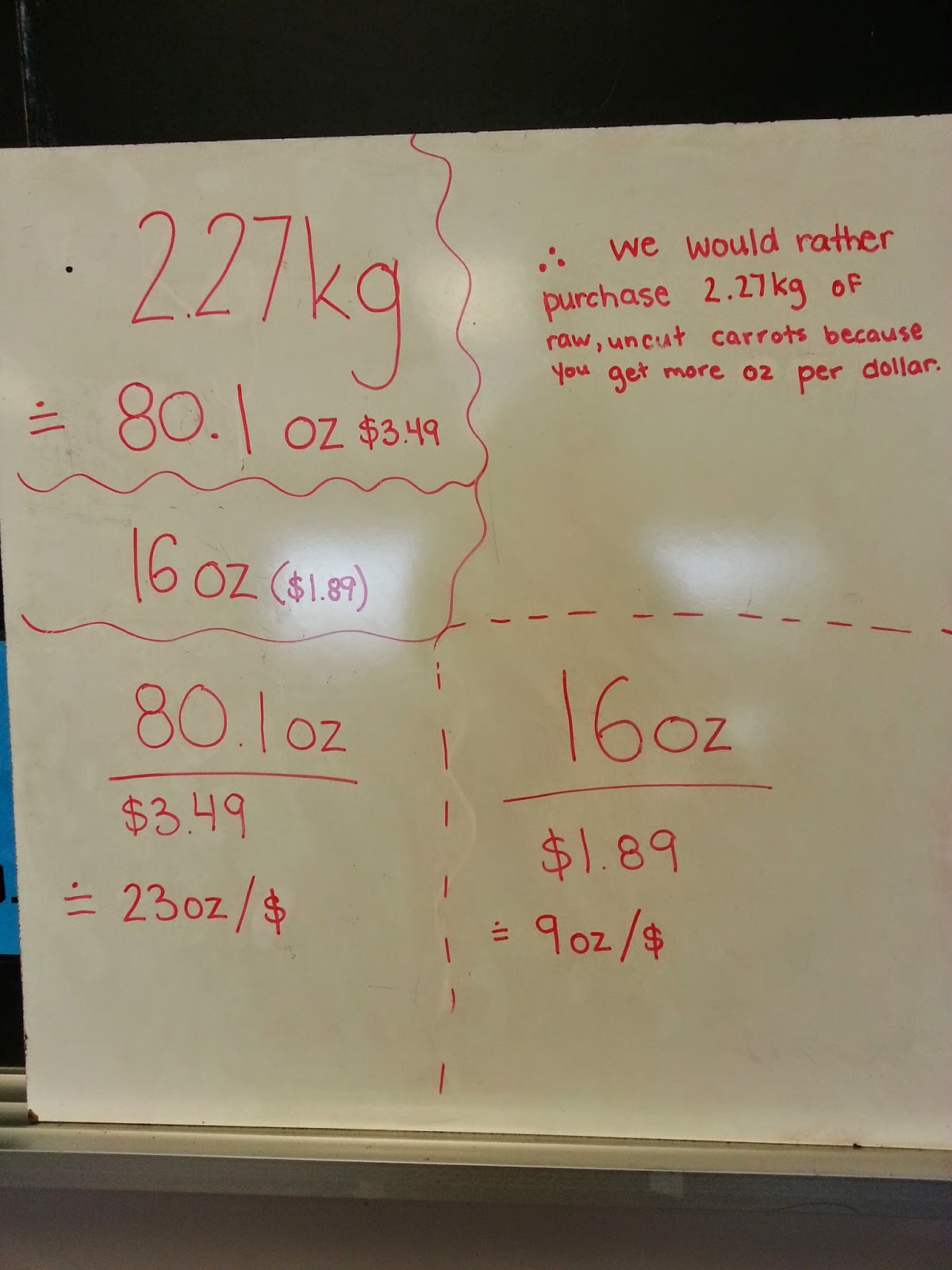 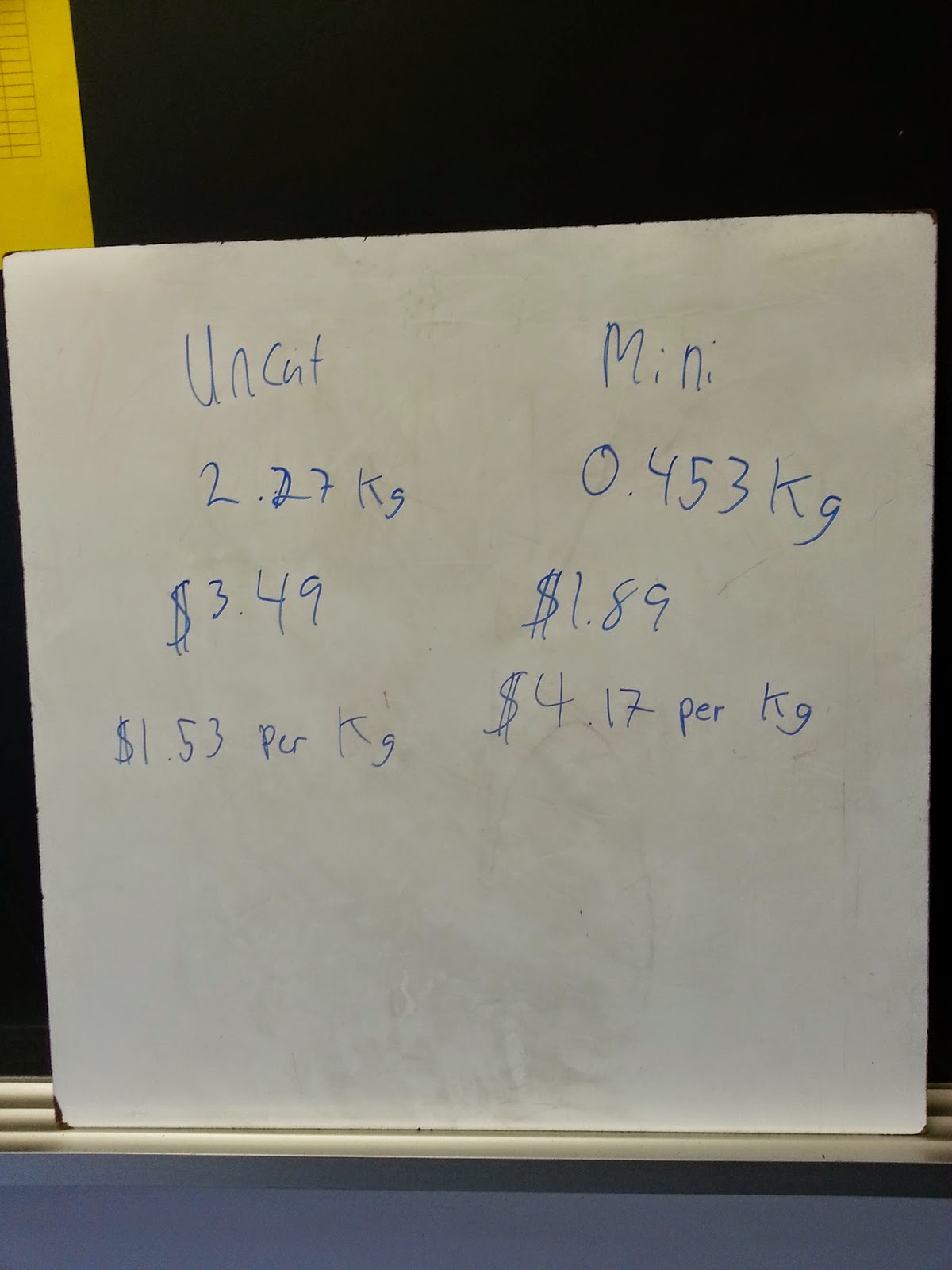 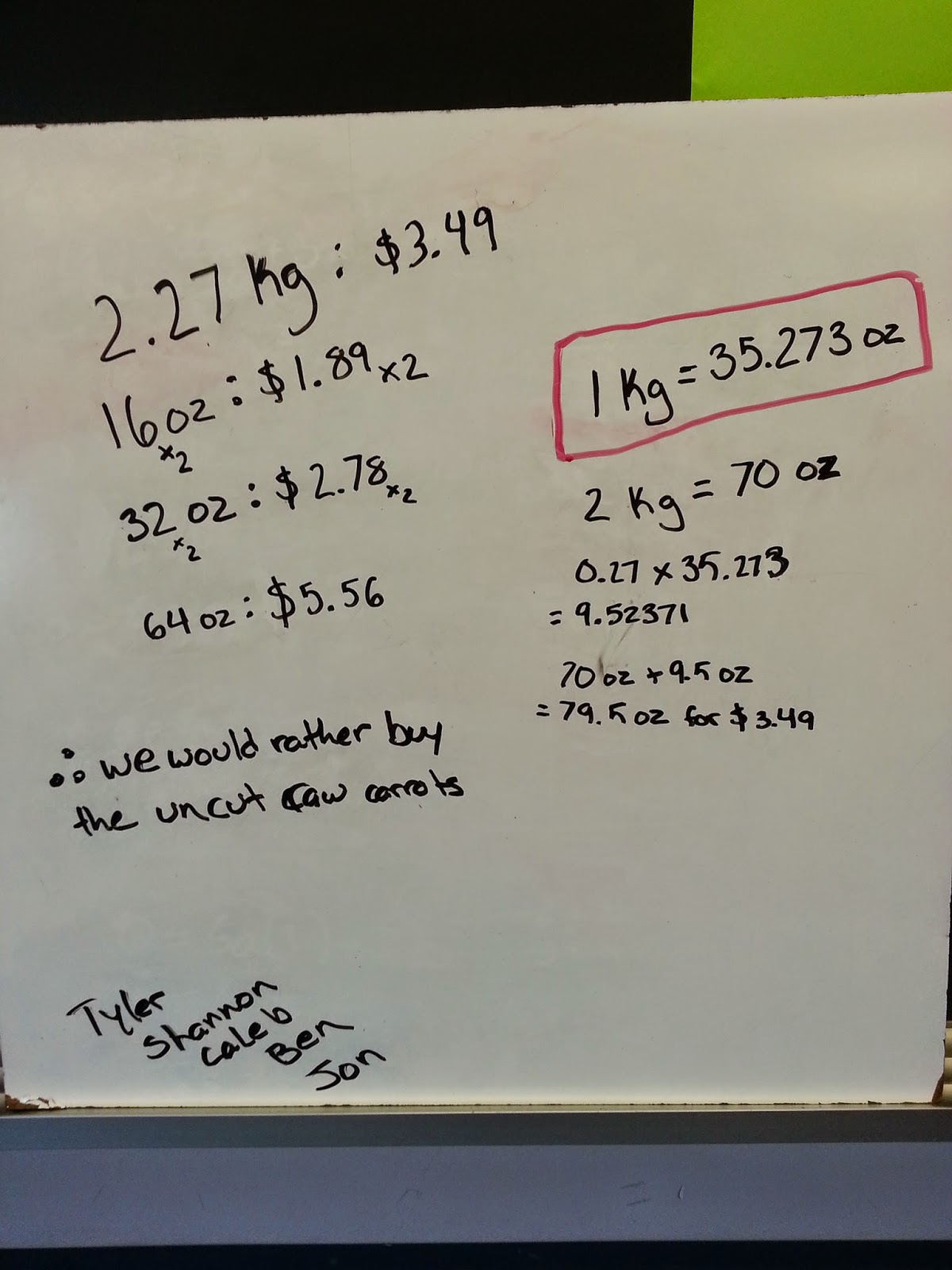 I liked the different ways students went about showing which was a better deal mathematically.

Then we did the Daily Desmos which was perfect after the linear work we did yesterday. They were given the graph of the line through the two points shown below. 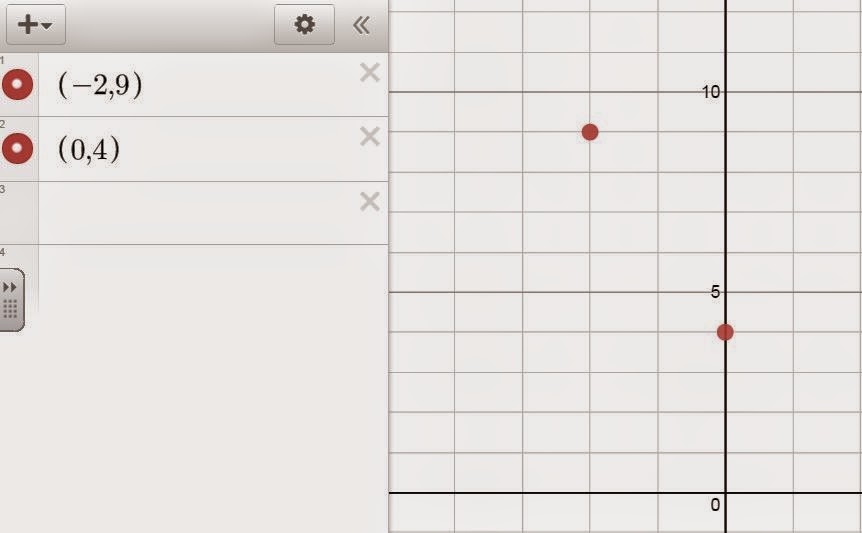 They found the slope (from the graph and from the points) and identified the y-intercept and put them together to form the equation: 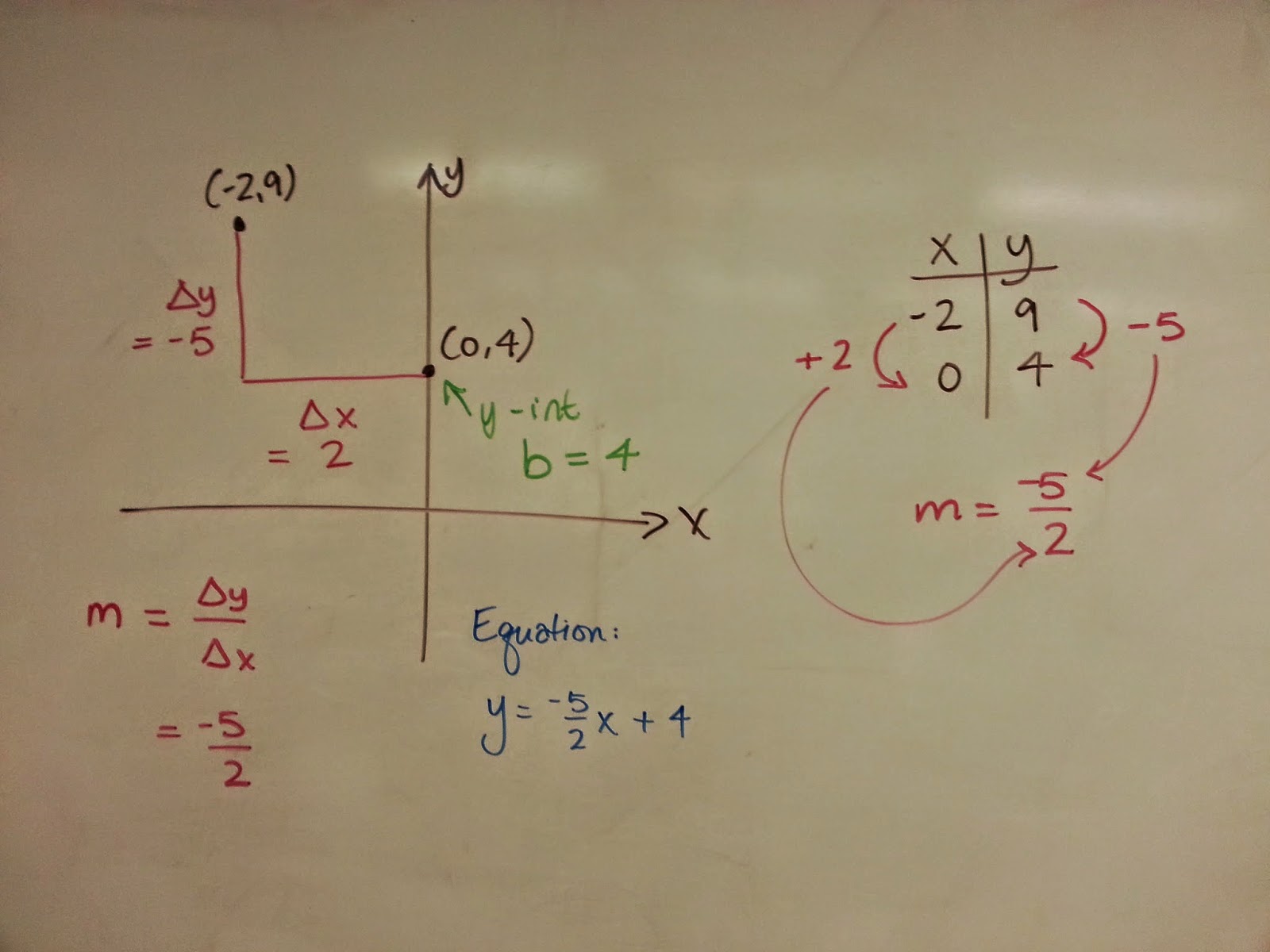 We tested it out using Desmos and the line did go through the points. Yay! 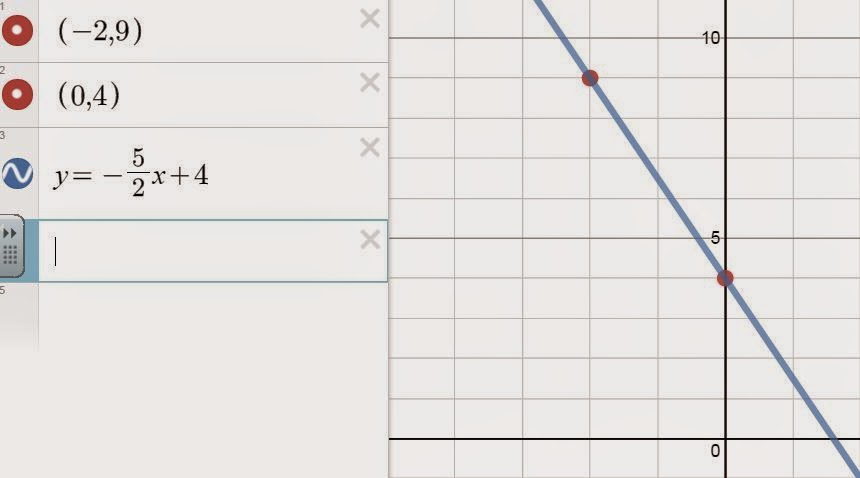 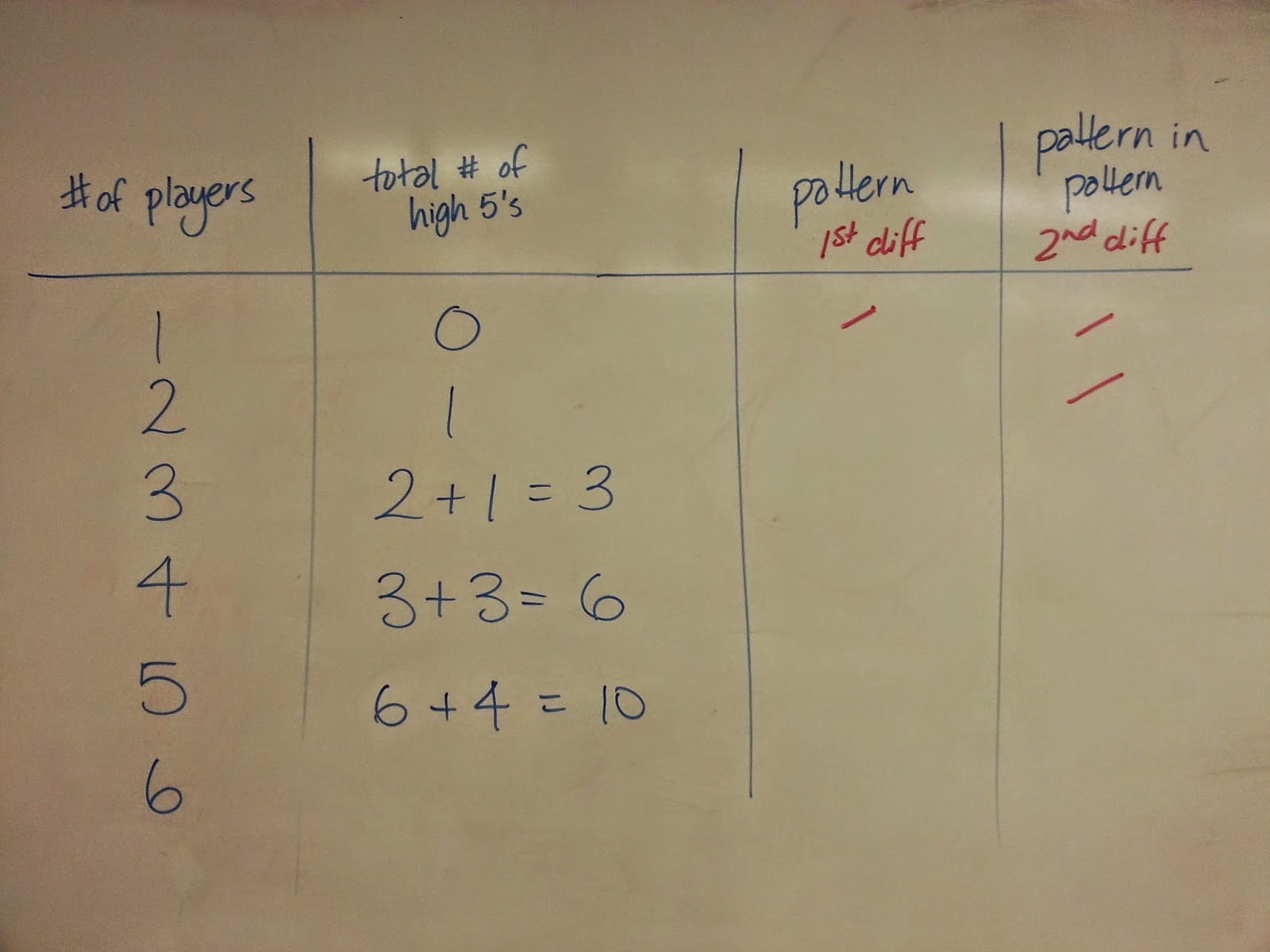 I loved listening to them talking about how to create their scatter plots. They had to decide on an appropriate scale and make sure they chose independent and dependent variables correctly. They used graphing calculators to get the equation and used it to figure out the number of high 5s for the whole school.

Next up, frogs! They didn't have a lot of time left but they started playing the game and trying to figure out the pattern. Here is my blog post from last year which explains it a little more. 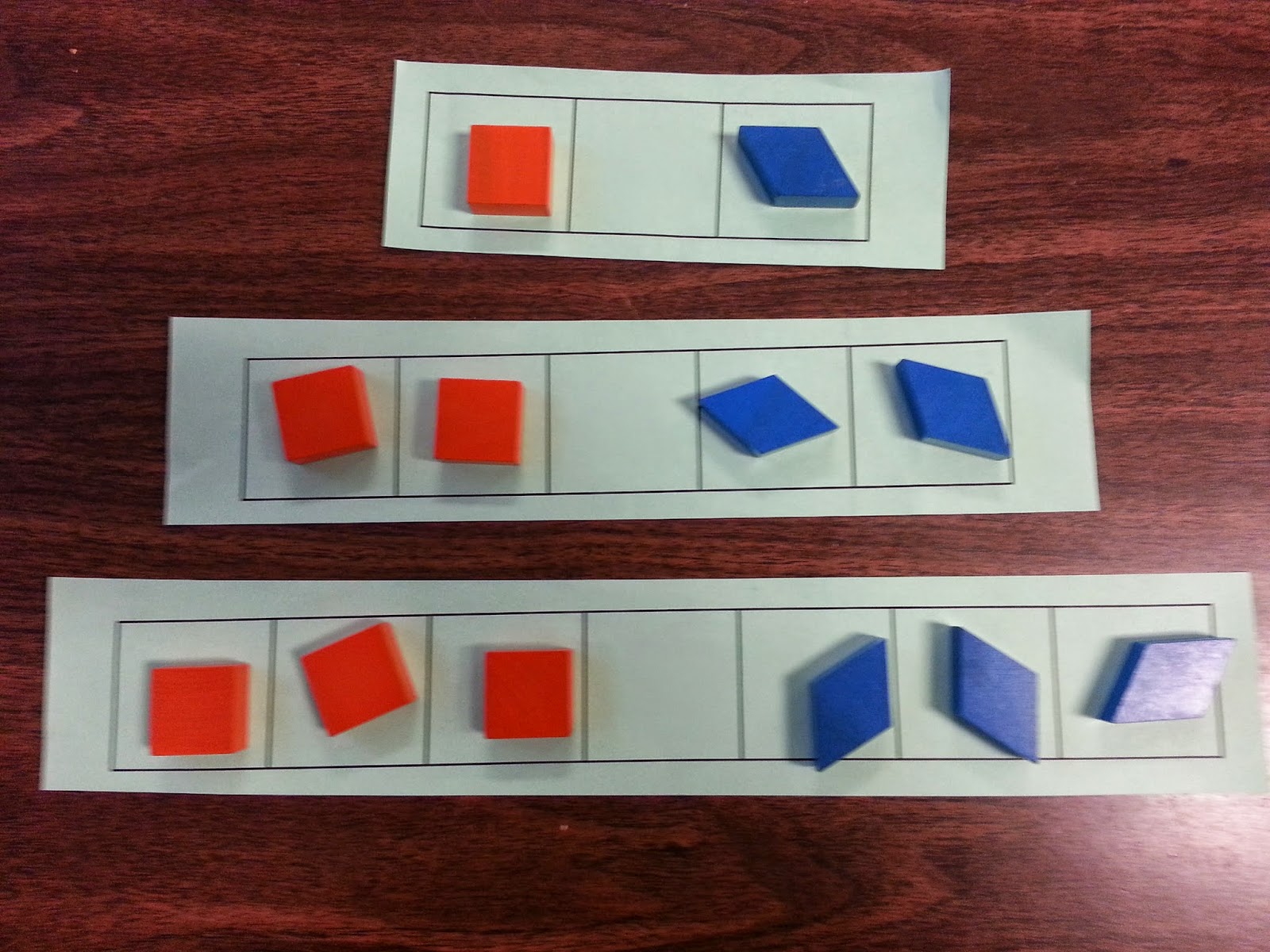 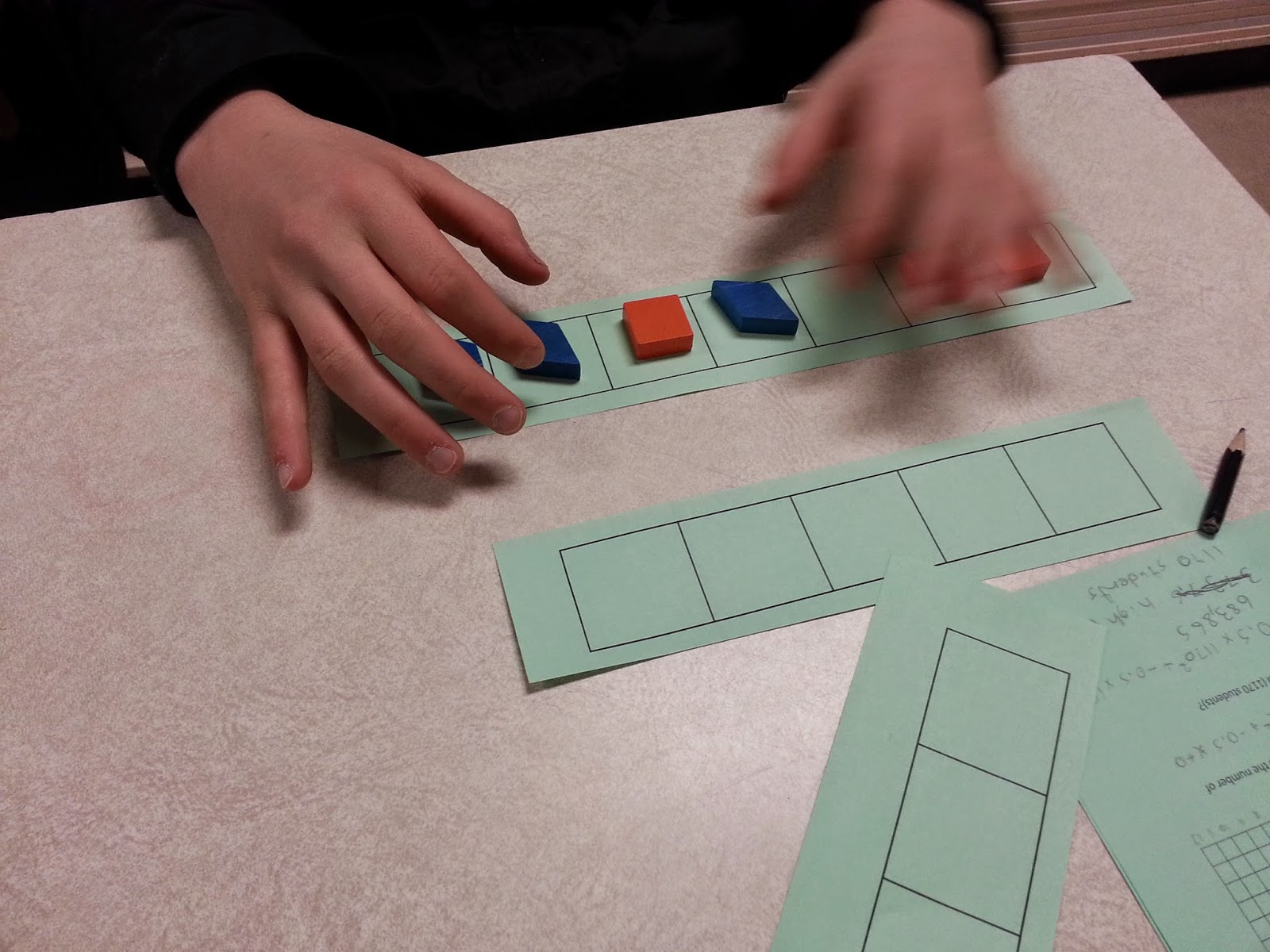 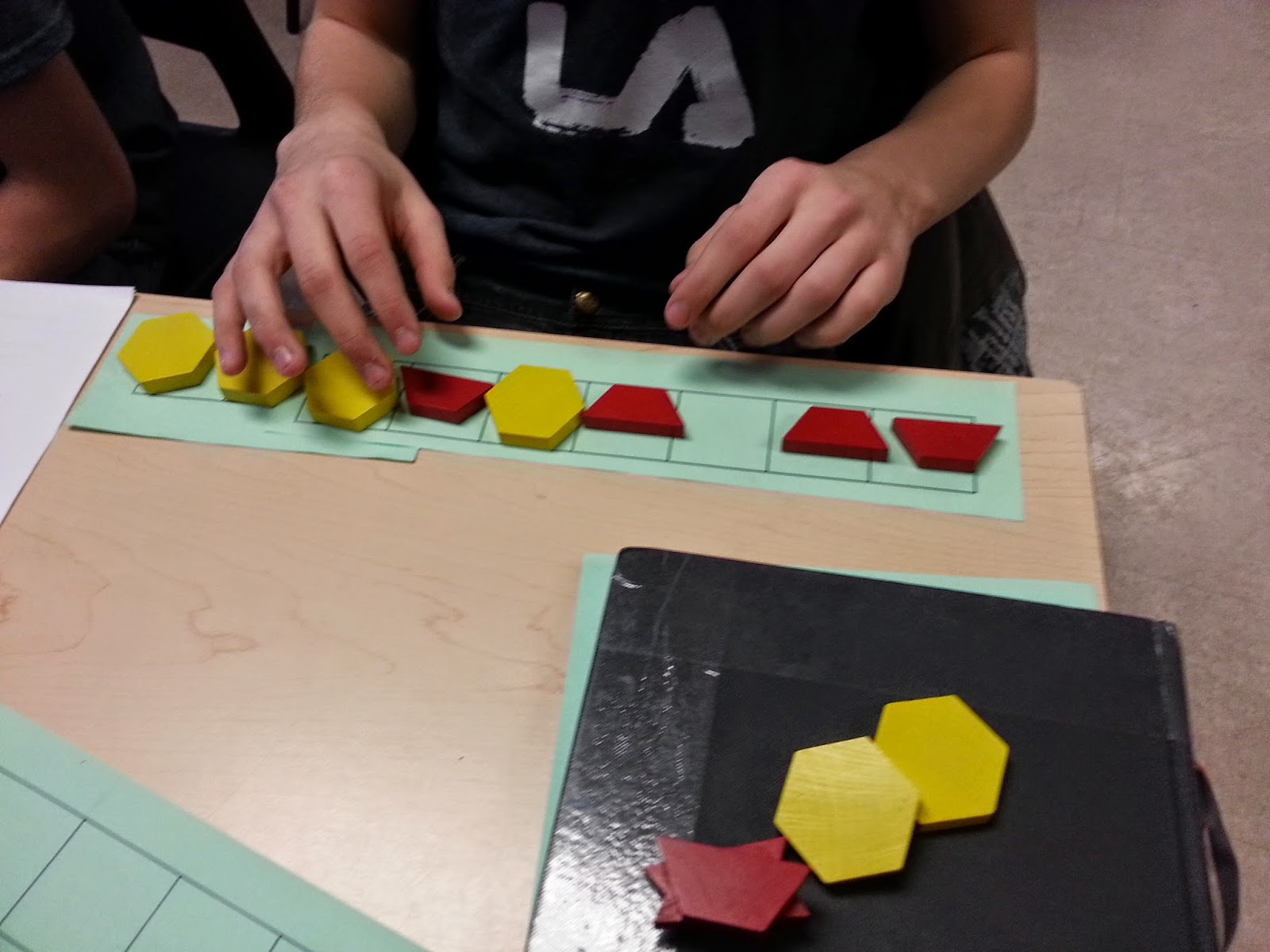