Today's warm up was Estimation 180. 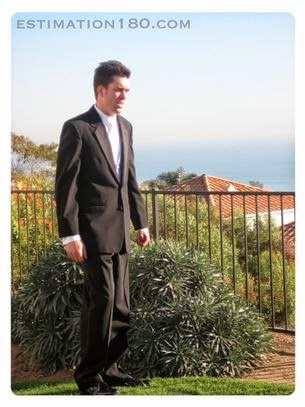 Their warm up sheet for Estimation 180 looks like this:

They did so well! They took it seriously (and there was no candy involved!) and came up with good estimations. Someone said that fences are usually about 4' high and Mr. Stadel was around 2' taller than the fence. So awesome!

We moved on to looking at the relationship between side length and perimeter of our 26 squares. Here is the handout. They filled in the table and found the pattern, then made the scatter plot. I was impressed at how well they were able to explain to me how to answered questions 3 and 4:

Many had simply written down an answer. Many had the wrong answer to question 4 because they did not read the question properly, but the light bulb went on immediately when I asked what information they were given. I showed them how to write and solve these as equations and explained that this is what I wanted to see by the end of the semester (with more complicated equations).

Next we used the graphing calculators for the first time. I created a "Graphing Calculator Instructions" sheet last semester (for the TI-Nspire) to help them follow and remember the process of entering data, creating a scatter plot and performing a regression. They did well. We discussed the equation given by the calculator and why it had a "+ 0" at the end. We looked at the slope-intercept form of the linear equation together and tied it to the context of the perimeter. 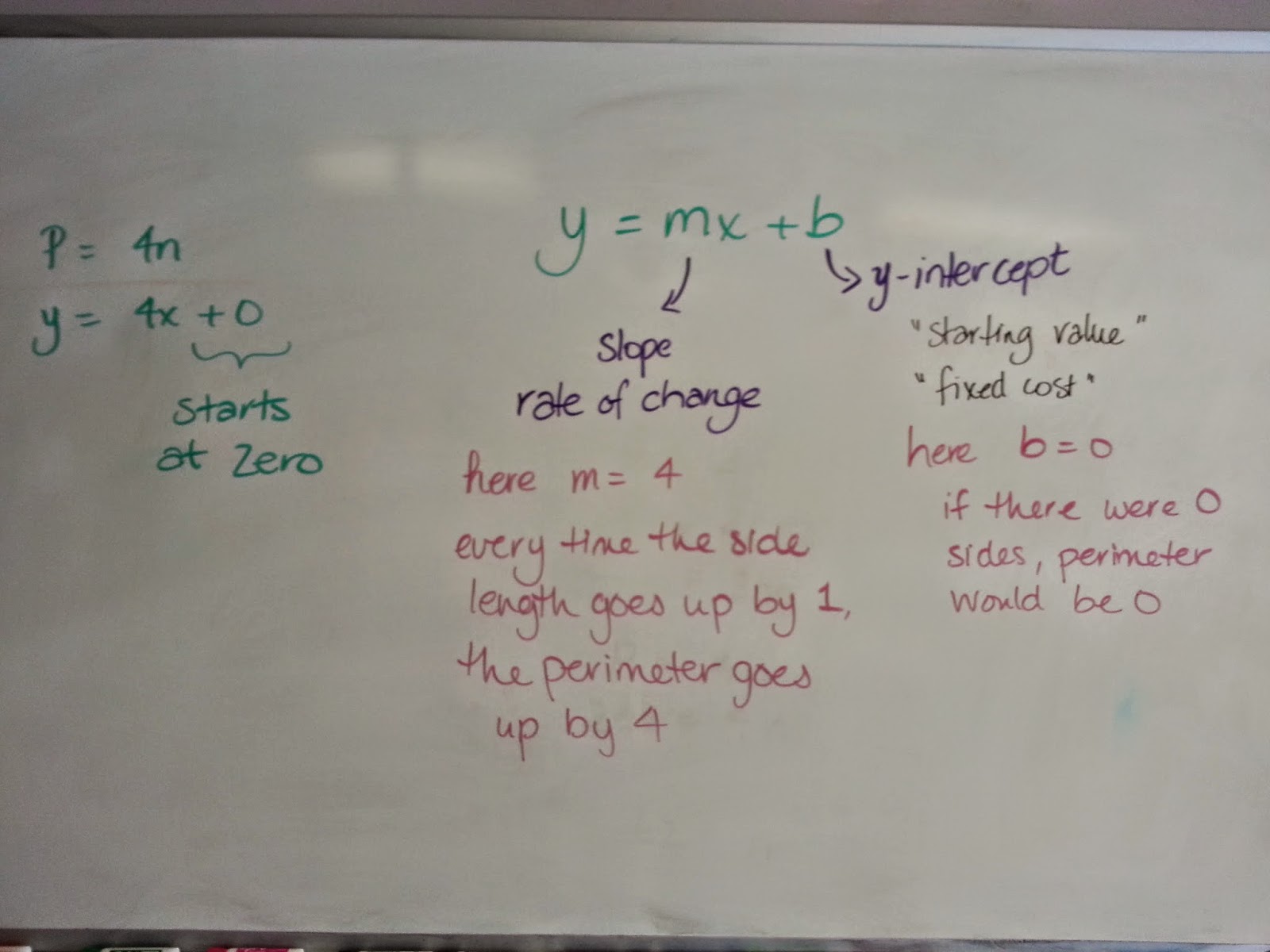 They finished up with the last 2 questions: